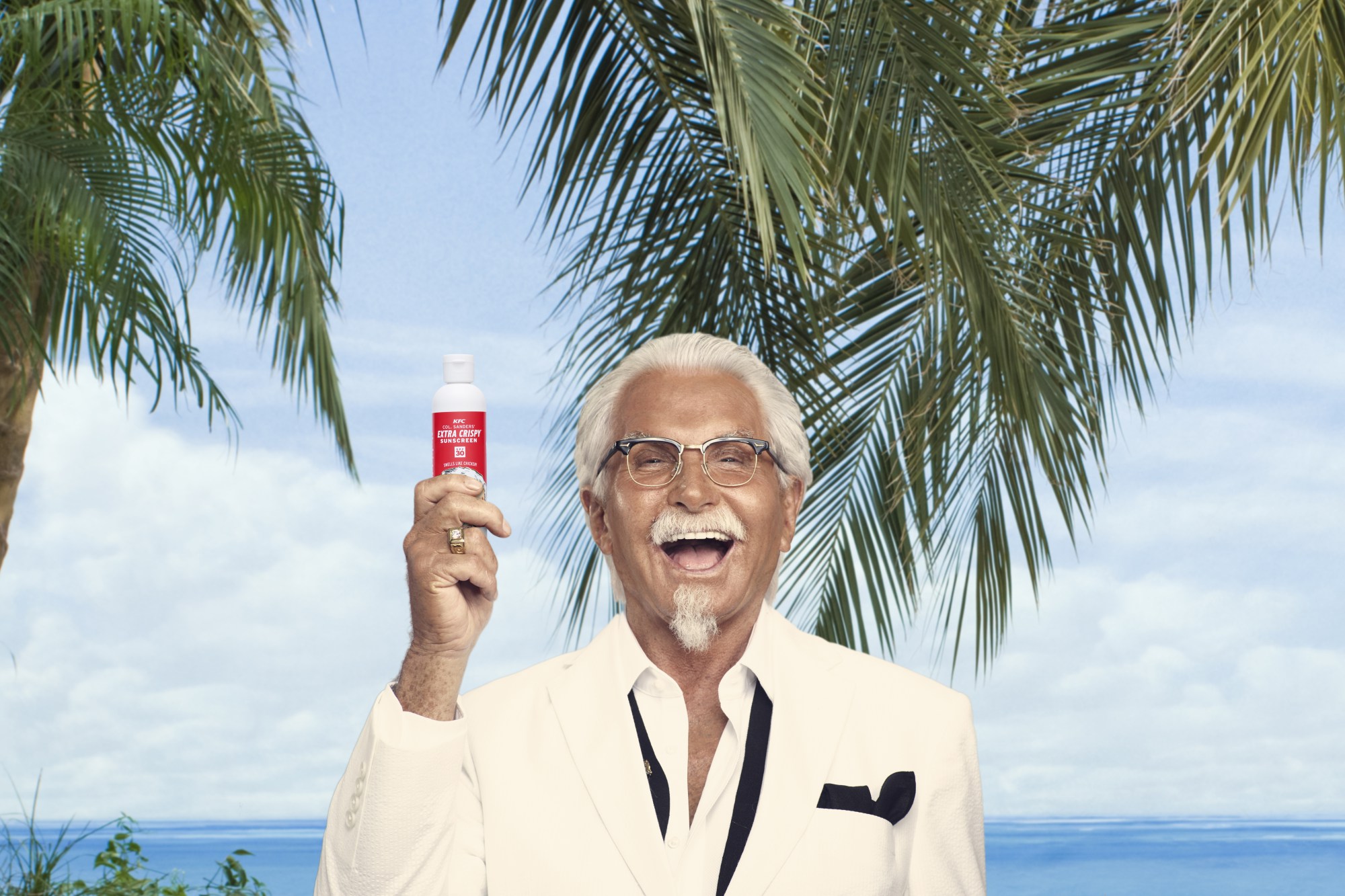 Yesterday KFC released a chicken-scented sunscreen, which â€œsold outâ€ in three hours. Youâ€™ll no doubt have seen the gleeful puns and all-capsÂ headlines that followed.

A quick search on Google News pulls upÂ 95 news sites who covered the stunt (and counting). In the U.S. it was first covered by HuffPo and People around 12 p.m.Â ET, later moving to the likes of Elite Daily and the Daily Mail.

This morning the U.K. media jumped in too, with everyone from Marie ClaireÂ to nationals like the Telegraph and the Evening Standard posting articles about the product.

Some, like People, actually received a bottle, describing the smell as â€œrevolting.â€ Others just used informationÂ from KFCâ€™sÂ retro microsite alone.

What you might have missed in all the hyperbole: There were only ever 3,000 bottles to give away. But while the freebies might be elusive, the free publicity for KFC is very, very real.

The site now reads:Â â€œThis was a limited-time offer and we ran out of the KFC Extra Crispy Sunscreen. Please accept our apologies in the form of this amazing website that you can still look at.â€

The PR stunt was just that: a stunt. One that saw the media â€” hungry for content â€” play right into the Colonelâ€™s hands.Â InÂ the summer news slump everyone is thirsty for content. It fits the bill: big name + bizarre thing.

The sunscreen has seen 11,000 mentions on social media since it hit the internet yesterday, said Brandwatch analyst Kellan Terry. While 75.9 percentÂ of all sentiment-categorized mentions are positive.

â€œKFC has found both advertising and social success with their new ad campaign,â€ he said. The sunscreen spot follows the same formula that has been used by another W+K clientâ€Â Old Spice. â€œIts irreverent and unconventional, and people love to laugh and watch the ad as it unfolds. These types of spots are tailored for multiple platform success.â€

And media outlets took the bait. Digital publishers like BuzzFeed have changed the landscape, upping the stakes as publishers feel increasingly pressured toÂ chase scale. With the dominance of Facebook, too, they are also looking for share-worthy content. This was an easy win.

KFC has a long history of playing the media.Â The sunscreen follows KFCâ€™sÂ two edibleÂ nail varnishesÂ â€” flavoredÂ Original and Hot and Spicy â€” released in Hong Kong back in May.Â But they never reached the public, only the offices of the BBC and theNew York Times. A Google News search for the story displaysÂ overÂ 300 results.

Then there wasÂ the fried-chicken shaped keyboard and mouseÂ released in Japan. Those too were not for sale.